Learning to Learn the "New Way"

From: Learning to Learn

Webbing and the Concept Map

Graphically, the most common image of constructivist pedagogy is the concept map. I think of the concept map to symbolically represent new ways of learning, because concept mapping embraces so many of the ideals of knowledge organization and constructivism. Concept maps, as they appear on the World Wide Web, are beautiful; they demonstrate the aesthetic link to science.

In younger classes, the activity of concept mapping is referred to as webbing. Concept maps, or webs, create holistic pictures of the knowledge that the children are building. They store and reveal facts in relation to the environment: they describe how systems work. Mapped facts, thus improved by showing their relation to other facts, are thought of as concepts.

They can be used to give a holistic view of any area of study, sometimes called a general systems theory. They can be used to show how areas of study interrelate into a view of all the Earth, everything on it, and possibly even space. A complete map is (at the moment) impossible to build; it would have to include the sum of all science. But, concept mapping technology can potentially demonstrate many aspects of our universe to children. 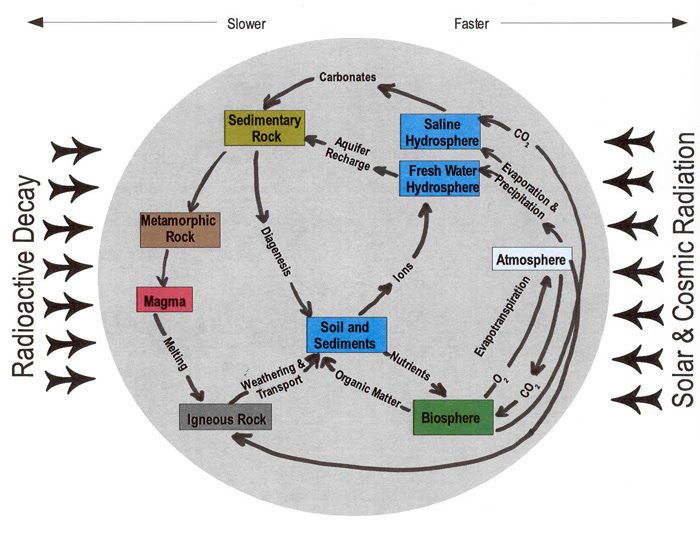 Use of concept maps to build correct knowledge

A major learning challenge facing middle school students is the modification of the often un-scientific views of natural phenomena they bring to school from their families and the community. Their misconceptions, however, are not a barrier to learning science; students may be wrong because some of the facts they believe may be wrong, but they are not so much wrong as intelligently wrong--assuming their efforts to understand are genuine (Ault from Shapiro, 21). The misconceptions can springboard inquiry into phenomena, and create enthusiasm for experimentation. Middle school students, especially the younger ones, will believe each other's views over the say-so of a teacher. (Stavy, Tirosh, 87) Therefore, if they can develop the correct conceptual understandings as a group, they will be far more likely to fully absorb accepted explanations of scientific phenomena.

The value of using inter-networked computers for concept mapping is in the sharing, and storing, the maps. Students in one location can work on a map; offer it through the web to another group, which in turn would improve it. Also, as students update their concept maps as they learn more, they can be assured of safe storage for their knowledge, they can return to it, improving it over the years.

A key characteristic of the concept map, then, is in fact cyclic. With each learning cycle, information is accessed and used. If flaws are found they are removed, cyclically improving knowledge by eliminating scientific misconceptions with granular effectiveness. As the improved information is returned, and new information is added, student groups will eventually get to the real science. Because they developed the knowledge themselves, with guidance from their teachers, they will believe it and transmit it to other students, their families, and local communities.

Technology to benefit Learning to Learn

Existing technologies and sources are available for students who are building information:

To successfully use a car, you do not necessarily have to investigate the underlying technology that powers the car; you can easily drive a car without ever raising the hood (until the engine fails from lack of maintenance).

But, the sophisticated use of information technology is very different than the use of a car's technology. If you do not understand the underlying technology of the information systems that you use, their technology will tend to drive you.

Fortunately, anyone using modern languages such as Java, Perl, PHP, or Ruby, can develop new knowledge construction paradigms limited only by their extent of his imagination.

The result of all this freedom is that the majority of information openly available on the web is on web sites built strictly using pubic-domain software. The most common paradigm for information sharing is a mixture of software called LAMP: Linux (operating system), Apache (web server), MySQL (database), and PHP (web site programming language). Endless tools, called frameworks, are available to assist in technology development; existing public domain software built with these frameworks can easily be customized.

Added to the list of available technology are the public domain software offerings:


Students are universally enthusiastic about the use of technology. Many are highly adept to learning programming and system control languages, just as they can easily learn new phonetic languages. As soon as students develop expertness with computer use, they should be given every opportunity to build their own community of knowledge construction systems.